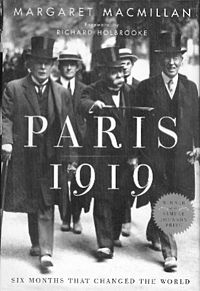 In current scholarship, the end of the First World War and the Paris Peace Talks have rarely been treated as their own events. Rather they have been viewed together as merely a jumping off point to the outbreak of the Second World War. When the Paris Peace Talks are discussed they are remembered for one thing, their failure.

Margaret MacMillan devotes her entire work to an event that deserves the time. She spins a complicated story of competing people and ideas that all converged to try and make sure a war of this scale would never happen again. This is without a doubt the formative work on the subject and what’s better is that it is written to appeal to the average reader. Even while 600 pages may deem daunting, her narrative style or writing makes it easy to get lost in her story.

MacMillan does sometimes get bogged down in detail, especially in her discussions of the personalities involved. While there is no doubt that these people were important, and understanding them makes them more human and relatable, it wasn’t necessary to provide the reader with every single biographical detail of “The Big Three.”

What most impressed me was the attention paid to minority groups, leaders from India, Vietnam, and Korea, present at the conference. While recent scholarship has began to pay attention to effect of Wilsonian ideas in these countries, MacMillan is the first who weaves these “outsiders” into the fabric of the Conference.

I was incredibly impressed with this work and am looking forward to reading her most recent book The War that Ended the Peace. 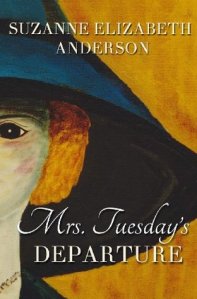 Described as a heart-wrenching historical drama, this book was a huge let down. Although, I couldn’t be too disappointed as the book was free on my Kindle. The story is interesting enough, telling the tale of three different sisters as they attempt to get out of Hungary and escape from the Nazis, but the execution of it was lackluster. The book tried to focus on purely character development, and even with this the author fell short. The characters are incredibly one-dimensional and there is no complexity, even in the one sister who has supposedly “lost her mind.” The historical backdrop does not even play a part in the story other than the fact that the family must escape from the Nazi’s. There is so much great fiction that takes place during the Second World War, and this book fell short.

I don’t have much else to say except that I won’t waste my time with free e-books anymore. Maybe this is a good book for those looking for a very quick and easy to read historical fiction book (which I’ll be the first to admit is hard to come by,) but I wouldn’t recommend it for anyone.