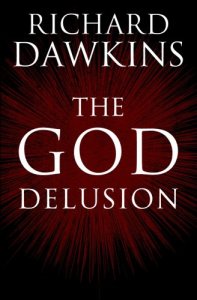 I don’t want to start any controversy or get into any arguments surrounding religion. I will say that while I’m not sure if I agree with everything that Richard Dawkins is saying in his book, he does a great job of ripping apart organized religion.

As a typical middle-aged British man, Dawkins writes in a dry snarky and sarcastic way that I love and identify with. He does not however, come off as being an “angry” atheist and merely prefers to point out the absurd things that people have done, often in the name of religion.

I was pleasantly surprised to see that his tactic was to use humour rather than to write a lengthy angry diatribe on religion. (He uses Fawlty Towers and Monty Python to illustrate examples and drive his points home). He included some of the hate mail he has received from religious extremists and responds to them with great even-temperament and humour, often times asking obvious questions, (If God is all powerful, why does he need you to defend him with violence?)

Whether or not you agree with Dawkins’ views, I highly recommend the book. It is a critical look at organized religion done in a very inoffensive way. (Although I know some people find it offensive, I fell like more moderate people would not). It’s funny and Dawkins does not take himself too seriously at all.