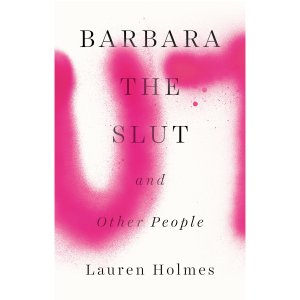 I have a difficult relationship with short stories, and aside from David Sedaris’ Me Talk Pretty One Day, I have yet to come across a compilation of short stories that I absolutely love. Well I finally found it.

I’m not even quite sure how to explain what makes this collection so great, which is terrible because I’ve decided to review books in my spare time, but it definitely has to do with Holmes’ writing style. She writes in a very candid way with short and snappy sentences never leaving her characters to dwell on a thought for too long. Her writing is very matter-of-fact and often times dripping with sarcasm or irony. Maybe I just loved her writing so much because I feel like I speak in a similar way.

The stories themselves are also all great ranging from the story of a law student with an identity crisis acting as a lesbian to work at a female-positive sex shop, so a woman who falls in love with a Swedish guy who she grows to dislike more and more as he gets attached to her dog Pearl. I feel like short stories seem like they would be easy to write, but are actually in reality quite difficult. It’s easy to come up with the idea for one, but then to create a compelling enough storyline that people actually care about before reaching a satisfying conclusion in a limited number of pages is tough. As with most short story collections, I likes certain stories better than others, but they all hit all the right notes.

I can’t recommend this enough. It’s a short smart and quirky read that you’ll want to lend to your friends so that you can laugh about it together. 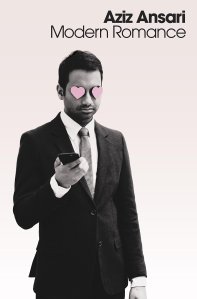 This was a big year for Aziz Ansari. In addition to this book, Ansari had two major Netflix hits, his stand up special Live at Madison Square Garden and his series, the critically acclaimed Master of None. While there is some overlap with all of his material, it’s not so much the same that it becomes redundant. Ansari is funny, there is no denying that, but he’s also incredibly perceptive and smart. Part of the reason I think he’s so funny is because his humour is so relatable; he speaks about situations that are totally commonplace for our generation, especially when it comes to dating.

To be completely honest I bought this book not really knowing much about it, expecting another comedian biography similar to Bossypants or Yes Please. I was surprised and then blown away at how much I enjoyed this hilarious and scholarly work. Ansari has teamed up with a social psychologist to conduct studies and then present findings about how technology has affected modern romance, and everything Ansari presents is very real and very true (the hilarity arises from Aziz’s quips and comments throughout the book – I read the whole thing in his voice). He looks at the rise of new dating apps and travels around the world examining the dating culture as it exists in other countries, something I almost wish he spent more time on.

The book is interesting, funny, and incredibly relevant. Ansari’s comedic sensibilities and level headedness has truly established him as one of the voices of this generation. 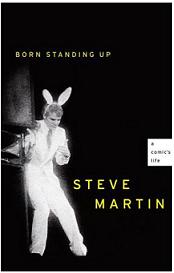 I didn’t really know what to expect from this book, and even while reading, I wasn’t sure what to make of it. Upon further reflection however, I decided that this book is quintessentially Steve Martin.

First off, Martin takes himself a bit more seriously in his writing than I was expecting him to. He starts with stories about his life growing up, and his tumultuous relationship with his father, and his sister. He began working at Disney world at a young age where he got a taste of performing (originally in a magic shop) and decided that he wanted to be a performer. In his typical style however, Martin will often be telling a seemingly very heartfelt and touching story only to add a sarcastic comment right at the very end leaving the reading guessing as to his intentions.

Overall I really liked the insights that Martin’s memoirs provided into his life and into the comedy scene at the time. While I growing up, I was only ever familiar with Steve Martin as a movie actor, my parents always talked about how funny his stand up was. It was only in recent years that I have watched, and re-watched footage of a very young Steve Martin performing in comedy clubs and on Saturday Night Live. He writes very fondly about performing on SNL, the people there, and the routines he came up with. It was interesting to see the roots of his comedy routines, and all the factors that contributed to Martin’s very unique sense of humour. 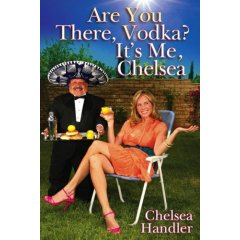 This is a good read if you need something to off set a really serious or tragic book. It is funny, light, and frivolous; easy to pick up and put down as needed. I know a lot of people who don’t exactly love Chelsea Handler’s humour, and I will admit in person, sometimes I find her to be a bit too much. That being said, I don’t hate her writing.

I actually love her writing style. She writes as if she’s performing stand-up and it translates really well to the page. She inserts witty comments and writes down the quick responses and insults to people’s questions, that in real life, would probably leave you stunned. It’s hard to explain, but she gets into this rhythm, and boy does it ever work for her.

I also however, don’t think she’s telling the whole truth. Sure many of the things that she writes about are probably somewhat true, but I have a hard time believing that she has really gotten herself into many of these situations. Especially when she writes about her family in such unflattering ways. I don’t think there’s a problem with this however, and authors often don’t tell the whole truth sacrificing it for entertainment value.

Her stories are entertaining, and I will probably continue to purchase and read her books. The first story in this collection, where Chelsea tells her teacher she didn’t do her homework because she is too busy staring in the new Goldie Hawn movie, made me laugh out loud. With school and so much serious reading to do, it’s nice to read something light that makes me laugh. 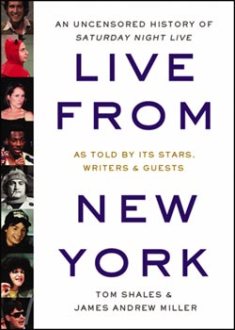 600 pages later and I finally finished this oral history of Saturday Night Live. The entire book is just stories and interviews with people involved with the show from its inception in 1985 to 2002. While I was reading I flagged my favourite parts, so I thought I would share them here.

There are so many great stories and tales from the show. The ideas behind sketches, the friendships that were made and broken, the best and worst hosts. It’s revealing and funny, and while long, totally worth the ride. 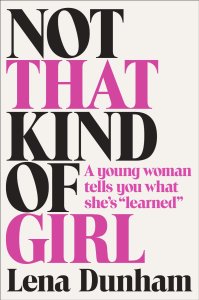 I respect Lena Dunham, I admire her work, but unfortunately I just don’t relate to her. In most memoirs that I read I can find some chapter, or passage, or even the most passing reference that I can relate to. This was not the case. Lena Dunham has led such a different life and has experience so many different and unfamiliar things that I just couldn’t relate to anything she wrote about.

That being said, Lena is a fantastic writer; her book is written with an eloquence and grace that I was not quite expecting. She writes about traumatic experiences from her childhood with humour that can only be possessed by someone with the benefit od hindsight While I could not personally relate to her experiences with OCD, sleep disorders, therapy, and loneliness, they were written in a way that inspires understanding.

While Dunham does not write explicitly about her TV show Girls, one of the more fascinating parts of her book was seeing where the inspiration for certain story arcs and characters come from. Lena Dunham’s parents are both artists so she grew up with the New York art scene that Marnie is so separately trying to break in to. She spends one chapter writing about the antics that her and her two best friends caused while working at an upscale children’s boutique, Peaches and Babke. Her scenes translate directly to the episode(s) in Girls, which feature Jessa working as a sales clerk in an upscale children’s boutique, avoiding work at all costs. There are many other allusions to the show throughout her book and it was interesting to see where Lena has drawn her inspiration.

While I didn’t find Lena Dunham relatable, she writes with her own voice, in a very elegant and inspired way. There were certain parts of the book that I didn’t like, but overall Not that Kind of Girl, left a good impression. 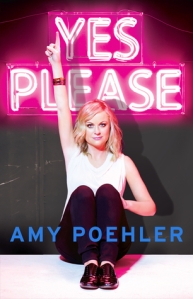 First, I love Amy Poehler, I cannot stress that fact enough. I love her so much, and I wanted to love this book so much but I just couldn’t. Don’t get me wrong, it’s a good book; funny and well-written, but it was just missing that certain something that makes a book like this amazing. Her stories and anecdotes fell flat for me, and there were times where I knew she was trying to be funny, but I just didn’t find it funny.

She spends a majority of her book complaining about how hard it is to write a book, or mentioning her divorce. Still, there are some shining moments and the stories she tells about being in drugs (Amy Poehler smoked a lot of weed), about Parks and Rec, and about her children were simply wonderful.

I was talking to some friends about my mixed feelings towards this book, and they all mentioned hearing that the audio book got rave reviews. I was intrigued, and even though I know Amy Poehler and Tina Fey are both immensely talented in everything they do; in my head Tina strikes me as more of a writer and Amy a performer. So I bought my first ever audio book with an itunes gift card from three Christmases ago.